Jason Marsden (born January 3, 1975) is an American screen and voice actor who has done numerous voice roles in animated films, as well as various television series. He voiced Chase Young in the Xiaolin Showdown series.

Born in Providence, Rhode Island, Marsden's mother, Linda Marsden, is a former fashion model, and his father, Myles Marsden, is a former Premier danseur of the Yugoslav National Ballet and Founder of the first regional ballet company in New England called State Ballet of Rhode Island. Jason and his parents moved from Rhode Island to Fullerton, California in August 1985 when he was 10, where he attended Laguna Road Elementary School while pursuing his acting career.

Marsden was discovered by producer Bud Barth of Del Mar Media Arts. Marsden booked his first major role, a movie called Robot Jox. He played Alan Quartermaine, Jr., in the American soap opera General Hospital. He continued this role for two years, while still attending elementary school. This was followed soon afterwards by the role of Eddie Munster in the TV series remake of The Munsters titled The Munsters Today. At the same time, he also had his first voice acting role in a cartoon, that of Cavin in the later seasons of the Disney TV series Disney's Adventures of the Gummi Bears, as well as being the young announcer of the (new) Mickey Mouse Club and other Disney infomercials.

Marsden continued his career with many guest star appearances on prime time sitcoms. In 1990, he was the voice of Peter Pan in Peter Pan and the Pirates, which ran for two seasons and in 1992, he landed the role of Dash X in Eerie, Indiana. His next roles included voicing Goofy's son Max Goof in the animated film A Goofy Movie (1995), as well as in the sequel An Extremely Goofy Movie (2000) and also had a role in White Squall (1996). Jason Marsden also did the voice of Garrett Miller on Extreme Ghostbusters and the younger versions of Shere Khan and King Louie on Jungle Cubs, which was a babyfication of Disney's hit film Jungle Book and also reprised Max Goof on House of Mouse.

Some other on-camera roles were that of Rich Halke (J.T's best friend) in Step by Step, which was from 1995 until the show's cancellation in 1998; and Nelson Burkhard (D.J.'s rich boyfriend) in Full House. On Boy Meets World he played a character where he used his real name and was the best friend of Eric Matthews.

Since Step by Step, Marsden has provided voices for numerous animated television shows and computer games, appeared in a direct-to-video film, been the voice of adult Kovu in The Lion King II: Simba's Pride, and narrated a lot of special features on the Lion King Special edition DVD, the voice of Haku in the American dub of Sen to Chihiro no kamikakushi (more commonly known as Spirited Away) (2001). He has also provided the voice of Richie Foley/Gear in the television series Static Shock. He played the young Burt Ward/Robin in the 2002 television movie Return to the Batcave: The Misadventures of Adam and Burt. In Baldur's Gate II: Shadows of Amn, he voiced several characters, most notably Lilarcor the talking sword, and the druid Cernd.

His first foray into directing was an episode of the Nickelodeon series The Journey of Allen Strange (1997). He also directed, wrote, produced, and edited The Greatest Short Film Ever!!! in 2004.

He has done voiceover work on the various DC Warner Bros. animated series; as Clark Kent as a teenager in Superman: The Animated Series, as Snapper Carr in Justice League, as Billy Numerous in Teen Titans, as Donny Grass on an episode of Batman Beyond, as Danger Duck in Loonatics Unleashed, and as the villain Firefly in The Batman and as Paco in Batman: The Brave and the Bold.

He also voiced for Tak in the game Tak and the Power of Juju along with Tak 2: The Staff of Dreams and Tak: The Great Juju Challenge.

From late summer 2004 to early spring 2007, Marsden was the head announcer for Toon Disney (excluding Jetix), but he also serves as a part-time announcer for Disney Channel. He appeared in the film Fun with Dick and Jane as the cashier at the gas station, and was Tasslehoff Burrfoot in the movie Dragonlance: Dragons of Autumn Twilight. In 2012, Jason Marsden did the voice of Final Fantasy XIII-2, Noel Kreiss, of Kade Burns on the The Hub series Transformers: Rescue Bots and continues to provides the voices of Nermal, Vito, Doctor Bonkers and numerous others on The Garfield Show.

Not yet confirmed to return in Xiaolin Chronicles 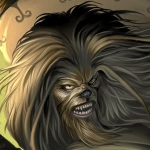 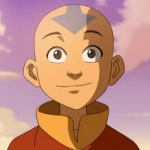